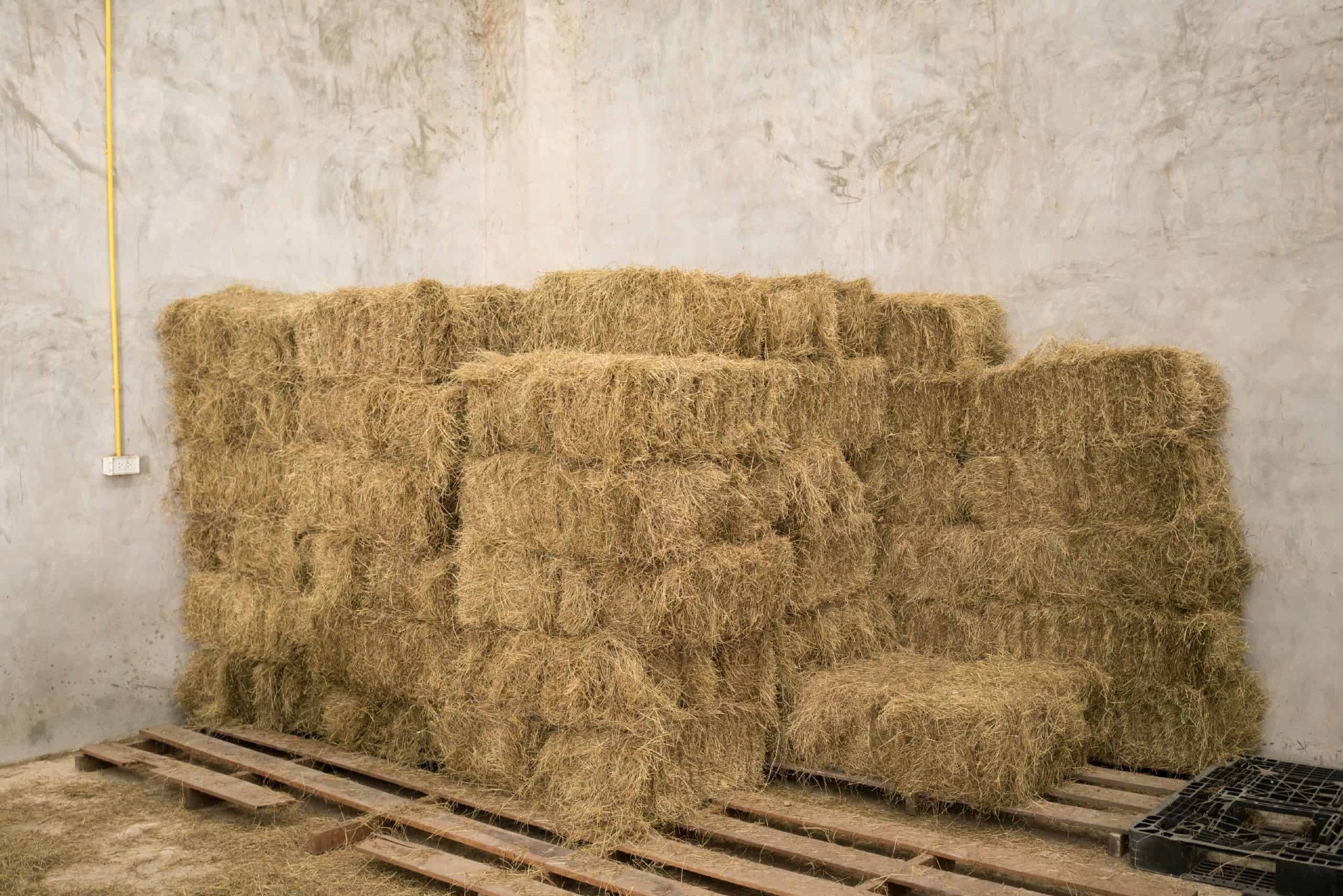 What you put into your horse is what you get out of them. This is why ensuring that your horse food is stored appropriately is essential. If stored incorrectly, nutrients can be lost from hay, meaning that your horse will not be consuming all the goodness that you think they are. But how should hay be stored? Follow this short guide to hay storage and provide your horse with the very best feed possible.

At a glance, the colour of hay is a useful indicator of its beta-carotene levels. The greener the hay, the more beta-carotene it will have within it. When assessing hay by colour, it is advisable to open bales and assess the internal colour, rather than judging it by its exterior colour as exposure to light will compromise the outer edges of the bale.

Another good indicator is the leafiness of the hay. The more leaves it has, the more beta-carotene it is likely to contain.

How Long Should Hay be Stored For?

Making hay is essentially capturing grass when it is in abundant supply for feeding when the grass deteriorates in the winter and is in short supply. The longer hay is stored, certain nutrients will decline. Timothy hay, for example, loses as much as 60% of its vitamin E in the first few months. Other research has demonstrated that alfalfa stored at temperatures of 30°C for 3 months lost 54-73% of its vitamin E content.

Hay can be stored for a few years if the stack is managed appropriately and the levels of key nutrients such as energy and protein will remain relatively stable.

How Long Before it Should be Fed?

As aforementioned, hay can be fed up to 3 years following harvest. However, correct moisture levels are essential here and if it is baled too damp, it will begin to generate heat, resulting in the formation of mould and general deterioration. Additionally, bales that are placed directly on concrete have the potential to sweat, which could result in you losing up to 50% of your bottom bales. The recommended approach is placing your hay on pallets, thick layers of old hay, or straw.